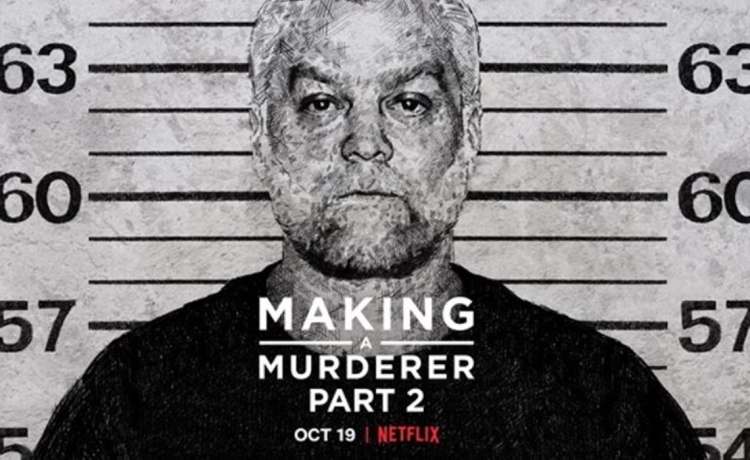 Last weekend, I was glued to my couch as I finally had an opportunity to binge watch and critique Netflix’s highly anticipated “Making a Murderer 2.” Friday night/Saturday morning I finished episodes 1, 2, 3, 4 and 5. Saturday night was episodes 6,7, 8 and 9. I saved episode 10, the captivating finale, for Sunday afternoon. I have a close connection to the case, having produced dozens of in-depth pieces when I was living Wisconsin as an investigative reporter at the USA TODAY NETWORK-Wisconsin in 2016 and 2017.

I honestly did not know what to expect. December 2015’s ten-part series took the world by storm and rightly so. It was worthy of all the international accolades and Emmy Awards that went to filmmakers Moira Demos and Laura Ricciardi.

Knowing that so many people may not have watched the latest 10-part series of “Making a Murderer 2” I want to be careful not to reveal any key details. What I can say is this: for all the hype leading up to “Making a Murderer 2,” I came away impressed. Part 2 is just as strong and jarring as Part 1, perhaps it’s even better.

“Making a Murderer 2” is essentially three powerful stories rolled into one very powerful documentary. There’s the story of Steven Avery’s new top-notch lawyer, Kathleen Zellner, who comes into the Avery post-conviction case completely stone cold, in January 2016. Zellner knows very little about the original case. She just knows Steven Avery is innocent of Teresa Halbach’s 2005 killing and that without her intervention, Avery has zero chance to regain his freedom or get a new trial, a fair trial in Wisconsin.

Story 2 concerns the federal court battle involving Brendan Dassey’s tenacious and hard-working lawyers, Steven Drizin and Laura Nirider from the Center on Wrongful Convictions in Chicago. In August 2016, they win one of the biggest rulings of their lives when a federal judge in Milwaukee overturns Brendan Dassey’s conviction only to have their victory dragged out and dragged out and dragged out some more by the Wisconsin Attorney General Brad Schimel who does this purely for political reasons.

Story 3 is personally touching to me. It’s why “Making a Murderer 2” is so terrific.

Demos and Ricciardi bring viewers into the current lives of Dolores and Allan Avery. The parents are getting up in their years. “Making a Murderer 2” follows Dolores and Allan to their doctor’s visits and during their long drives to visit Steven at the state prison facility in Waupun. You also see them struggle to make sense of Steven’s slow, drawn out post-conviction process, just like the first time around, the one that took 18 years. Will Allan and Dolores live to see the day when their son Steven is released from prison, when Steven regains his freedom?

Having made several trips over these past few years to Avery Salvage Yard, where I am always welcomed and well-received, I found it incredibly gratifying to see how “Making a Murderer 2” portrayed Allan and Dolores as well as Chuck and Earl. The Avery brothers are two of the hardest working people you will find.

Some people who watch “Making a Murderer 2” may suggest it’s too slow of a story line. My response to them is to quote my not-so-good friend Andy Colborn of the Manitowoc County Sheriff’s Department who was once quoted by In Touch magazine as saying, “I don’t have any other comment than that is ludicrous.”

Folks, “Making a Murderer 2” was never intended to be some make believe, made for TV movie. “Making a Murderer 2” is reality. It’s America’s criminal justice system on full display in October 2018. And for people who are wrongfully condemned to our nation’s prisons, our criminal justice system drags them along like water dripping from the faucet, even when there is overwhelming evidence pointing to their innocence.

“Making a Murderer 2” does a masterful job of exposing the cruel realities that our state district court judges, our state supreme court justices and our federal appeals judges are not able to quickly address the many wrongful conviction cases that continue to happen.

“Making a Murderer 2” is not meant to be a feel good story. It’s a sad story, a grim story, and the second documentary needed to be told this way, which is the right way.